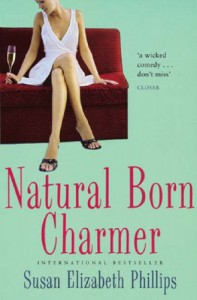 Dean Robillard seemingly has it all. He's one of the top quarterbacks of the NFL, a profitable modelling contract for men's underwear, good looks, scores of admirers, good friends - yet something is missing. He's driving cross country to the ranch he bought on a whim, when he spots an angry young woman in a beaver costume on the side of the road. Curious and entertained, he gives her a ride, and quickly discovers that Blue Bailey has quite the temper on her. She's also got barely a dollar to her name, having had her bank and savings account cleared out only days earlier. Since she keeps him from being bored, he allows her to stay in the car with him.

When they arrive at Dean's ranch, Blue discovers that she's not the only one with complex family issues. Her mother travels the world righting wrongs and demonstrating against corrupt governments, and how can you hate a woman for clearing out all the money you have saved in the world when she took it to ransom kidnapped orphan girls in Columbia? How can you resent a mother who seems to have time for all manner of other oppressed, but let her daughter go from foster home to foster home until she never allows herself to get attached to anyone? Dean, on the other hand, has a mother who used to be a famous groupie, and an absentee rock star father. He's not interested in contact with either of them, so when he discovers that his remorseful mother is the one who's been pretending to be his new housekeeper, and has lovingly been restoring his new ranch, and his newly motherless half-sister runs away and shows up on his front porch, he's none too happy. He presents Blue as his new fiancee to his estranged family, but Blue doesn't want to play along. She's built nearly impenetrable walls around her heart, and isn't about to be seduced by a gorgeous playboy with a charming demeanour.

While there was quite a lot that I wasn't all that fond of in the early Chicago Stars books, I found Match Me If You Can (where Dean Robillard plays an important supporting role) and this to be rather delightful, probably because they are the ones that reminded me most of the best contemporary romances by Jennifer Crusie. The protagonists have some commitment issues that get in the way of them settling down right away, but it's rarely anything too traumatising. There's a colourful gallery of supporting characters who keep doing zany things, which helps with the screwball feel of the plots. Both Blue and Dean have very understandable trust issues and it would be extremely unrealistic for them to rush into a committed relationship. That the tone of the book is mostly frothy and entertaining rather than dark and depressing is what makes it such an enjoyable read.

If you're new to Susan Elizabeth Phillips, I would, having now read all of her Chicago Stars books, recommend that you stick to the later ones in the series, and most important of all, that you stay FAR away from book 5: This Heart of Mine.